Dr Zania Stamataki and Professor Julie Williams CBE FMedSci FLSW share their top tips on networking with confidence and achieving your goals, in this article by Dr Katarina Kolaric.

Royal Society Diversity Conference: discussing ideas on how to create a more inclusive research culture at the day themed: Breaking down barriers in science. Thank you to all those who tweeted their opinions! See the full story here. 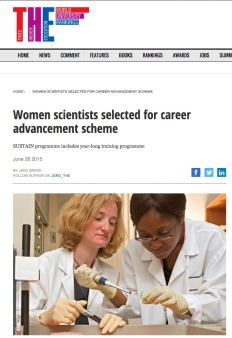 SUSTAIN is a new programme that will work with women researchers to enable them to thrive in their independent research careers. It provides an innovative programme of training and support to develop participants’ leadership and career potential.

Announcement of the programme has also been reported by a press release by the Royal College of Physicians. 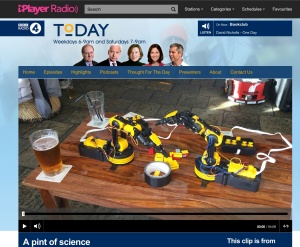 BBC Radio 4 report by Dave McMullan for  the Pint of Science event managed by Charlie Pinder and Nick Hawes called Robots on the Loose.

Zania is commenting here on how public engagement events can be successful in demystifying science jargon (3’40”).

Join us at the:

BASL British Association for the Study of the Liver

EASL European Association for the Study of the Liver

AASLD American Association for the Study of the Liver

Our artwork: Designed by Freepik