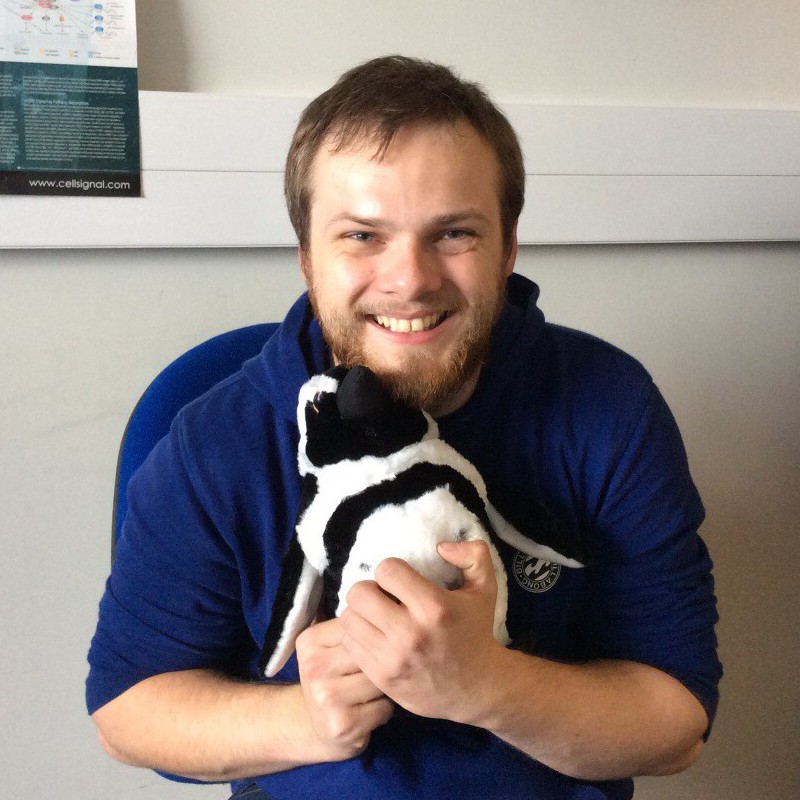 Scott received an MSc in Biological Sciences in 2012 from the Biosciences department at the University of Birmingham. Throughout this time, he developed a passion for cell biology, as well as the molecular mechanisms surrounding cell-cell interactions.

After a year’s gap in the real world, Scott successfully applied for an MRC-funded 1 year MRes + 3 year PhD at the University of Birmingham at the College of Medical and Dental Sciences. During his MRes year, he worked with Dr Clare Davies, characterising protein-protein interactions, Dr Zania Stamataki on hepatocyte interactions with T cells and professor Jane McKeating, researching the effects of synthetic lipid vesicles on viral entry.

For his PhD, Scott is continuing the work he began with Dr. Stamataki, investigating the processes and impact of lymphocyte-hepatocyte interactions. Scott is co-supervised by professor Robin May, an expert on immune interactions with invading pathogens.

Scott is an enthusiastic and excitable scientist who enjoys engaging others in order to discuss science. He frequently demonstrates laboratory techniques to undergraduates and is a keen member of the Birmingham branch of “Pint of Science”, an organisation which brings ground-breaking science to the pub.